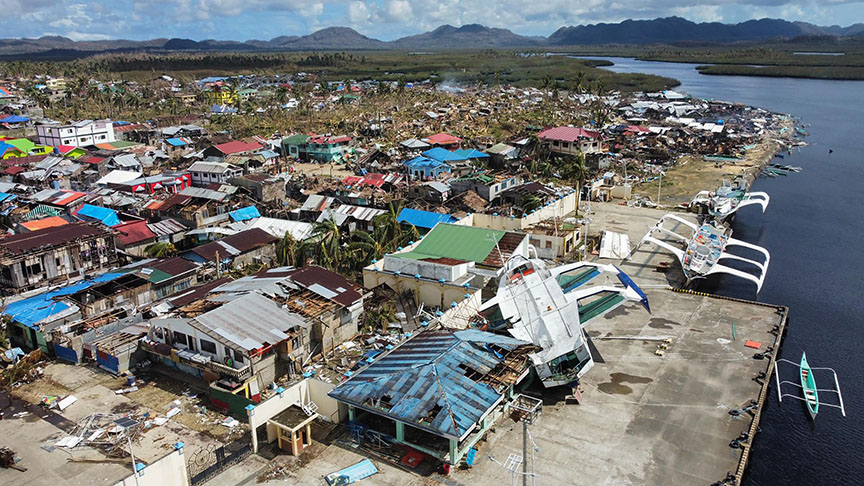 On December 16, 2021, tropical typhoon Odette (international name "Rai") hit Siargao Island directly, and caused immense damages to the island. The airport terminal was destroyed, electricity and telecommunication were down for weeks, many homes were leveled to the ground, and people suffered from water and food shortages for several weeks. While noting the devastation that this typhoon has caused, one should be reminded of a saying: "no disaster should be wasted", meaning that the disaster has shown us the main vulnerabilities of Siargao Island to vicious typhoons. Odette is unlikely to be the last of them. If we do something now, when these vulnerabilities are still fresh in our mind, maybe, just maybe, next time, Siargao island can be more capable of escaping major damages to people and properties.

Siargao island's population is around 110,000. As its tourism industry grows, which it will, as it slowly recovers from Odette, population can be expected to grow fast, since it will be attracting residents from nearby islands because of its income generating opportunities brought by tourism. This means several things: - higher population will be affected in future disasters; - higher income from tourism; - higher demand for public utilities such as power, water, and waste management. We need to plan and put in place facilities and systems now to mitigate these issues, so that the success of Siargao will not become its downfall in the future. The more we do now, the less we will lose in the future.

Siargao island has been without electricity since Typhoon Odette hit it on December 16, 2021. As of January 13, the website and social media of the electricity distributor in Siargao island, called SIARELCO, have no update. According to a press report published on December 26, 2021, the Placer-Madrid 69 kilovolt (KV) line affecting Siargao island, parts of Surigao del Norte and Surigao del Sur, had yet to be restored. (https://www.bworldonline.com/ngcp-restores-85-of-vis-min-transmission-lines-after-typhoon/)