Samal, officially the Island Garden City of Samal, (Filipino: Pulong Harding Lungsod ng Samal, Cebuano: Pulong Harding Dakbayan sa Samal), or simply referred to as IGaCOS, is a 4th class city in the province of Davao del Norte, Philippines. According to the 2015 census, it has a population of 104,123 people.

It is made up of Samal Island and the smaller Talikud Island in the Davao Gulf, from the merger of former municipalities of Samal, Babak, and Kaputian.

Samal is a part of the Metropolitan Davao area, and is located two kilometers away from Davao City, the largest city and the primary economic center of Mindanao.

We suggest you watch this video before going to Samal, Davao Del Norte:

We chose this video even though it is just a slide show because it shows you several popular resorts without the annoying sales pitch.
Reference
Photo Source 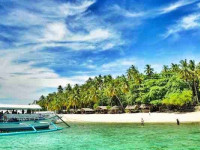 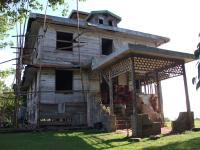